The special concert event is produced by Mark Cortale and sponsored by the New Orleans Hotel Collection and The New Orleans Advocate. For tickets and information, please visit BroadwayNOLA.com or call 800-838-3006.

“She sings beautifully. Her familiarity with the way the songs work to advance character and story in vivo naturally informs her in vitro style, which is actorly to begin with. An attention to the lyrics and their rush of harsh ‘wisdoms’ was Ms. Errico’s keynote. She refreshed cabaret staples and lightly jazzed others, demonstrating how the meaning that is locked in tiny verbal gestures can be released with bold phrasing.”

With classics from Sondheim’s Into the Woods, Follies, Sweeney Todd, Anyone Can Whistle, Company, A Little Night Music, and songs from shows she has starred in, this concert is a must-see for every Sondheim and Broadway fan. Errico’s history with Sondheim began when he selected her to star as Dot in Sunday In The Park With George at The Kennedy Center, and next with her starring roles as Clara in Passion and Leona in Do I Hear A Waltz? After multiple sold-out engagements at New York’s 54 Below as well as in London and Washington, D.C. over the last year, the celebrated singer will perform a set list focusing on not only the music of Stephen Sondheim, but also peppered with some of her other musical “passions”. These include Rodgers and Hart, Stephen Schwartz, Randy Newman, Joni Mitchell, and Michel Legrand. As the Wall Street Journal recently said of Melissa: “Everything she sings is sublime.” 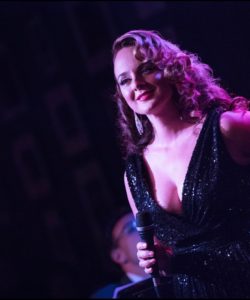 Tony Award-nominee Melissa Errico has established herself as a Broadway star, film and television actress, and recording and concert artist. She has starred in the Broadway musicals Anna Karenina, My Fair Lady, High Society, Dracula, White Christmas, Amour, and in the first national tour of Les Misérables. At The Hollywood Bowl in Los Angeles, she has starred in The Sound of Music, My Fair Lady, and Camelot. Her solo CDs include Blue Like That (EMI/Capitol Records), Lullabies & Wildflowers (VMG/Universal), Legrand Affair (Ghostlight/Sony), and What About Today? Melissa Errico Live at 54 Below (Broadway Records; CD & DVD). She has starred in plays by George Bernard Shaw, Oscar Wilde, and Wallace Shawn. Television roles include the series Central Park West by Darren Star, as well as recurring roles on Steven Soderbergh’s The Knick and Showtime’s Billions. She’s collaborated with Stephen Sondheim on the revival of Sunday In the Park with George as Dot/Marie at The Kennedy Center; in John Doyle’s production of Passion as Clara,  for which she was nominated for a sixth Drama Desk Award; and most recently in the 2016 Encores! production of Do I Hear A Waltz? at City Center. Last season, she reprised the role of Sharon in the smash hit Off-Broadway revival of Finian’s Rainbow at Irish Repertory Theatre, which was extended many times, received rave reviews, and was filmed in January 2017 for The Lincoln Center Library.

Most recently, Melissa Errico performed two wildly successful New York runs of her solo concert celebrating the music of Stephen Sondheim and just returned from taking the show to London, marking her solo concert debut in the city. Melissa also recently had a new single released by Ghostlight Records, “Hurry Home” written by multiple Oscar-winner Michel Legrand. She has also served on panels for the National Endowment for the Arts and has published essays for various magazines as well as The New York Times and Cristina Cuomo’s Purist. She is married to tennis player and sports commentator Patrick McEnroe, and they have three young daughters and a Yorkie named Pepper. 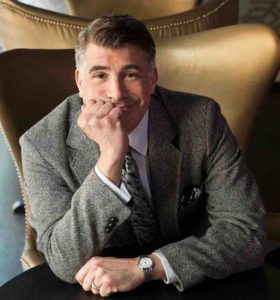 Bryan Batt is a native New Orleanian, actor, designer, fundraiser, and civic activist. He won two Screen Actors Guild awards for his portrayal of Salvatore Romano on AMC’s critically acclaimed, Emmy, Golden Globe, and Peabody award-winning dramatic series Mad Men, and has most recently been seen as Mayor Quinn Maddox on the MTV cult hit series Scream. Onstage Bryan created the role of Darius in the New York and Los Angeles productions as well as the film adaptation of Paul Rudnick’s groundbreaking comedy Jeffrey. He has starred on Broadway in the 2005 revival of La Cage Aux Folles, as well as Beauty and the Beast, Seussical The Musical, Sunset Boulevard, Saturday Night Fever, The Scarlet Pimpernel, Joseph and the Amazing Technicolor Dreamcoat, Starlight Express, and Cats. Bryan starred Off-Broadway in Forbidden Broadway Strikes Back and in Forbidden Broadway Cleans Up Its Act, and he originated the role of Gould in the Los Angeles premiere of Grey Gardens starring Betty Buckley and Rachel York. Bryan can be seen in the Oscar-winning Best Picture 12 Years A Slave, and in Parkland, The Last of Robin Hood, Funny People, The Runner, Zipper, The Palooka, Sam, Abattoir, The Book of Love, PO, LBJ, and the upcoming Ambition, The Billionaire Boys Club, I Hate Kids, Easy Does It, and Darlin. His television work includes NCIS, NCIS New Orleans, Law And Order SVU, Ugly Betty, and Ghost Whisperer. 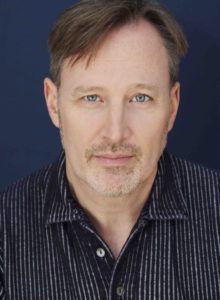