Join The NOCCA Institute for a very special evening with celebrated jazz pianist Fred Hersch. Called “the most arrestingly innovative pianist in jazz over the last decade” by Vanity Fair — alongside hundreds of other accolades — Mr. Hersch will appear with his trio in NOCCA’s Freda Lupin Memorial Hall on Wednesday, February 24, 2016 at 7:30pm. The trio also includes John Hébert on bass and Eric McPherson on drums.

Tickets to this one-night-only performance are $27 before February 6 or $32 afterward. Tickets can be purchased at Eventbrite or by calling 504 940 2808.

“A master who plays it his way….”— Ben Ratliff, The New York Times

“Singular among the trailblazers of their art, a largely unsung innovator of this borderless, individualistic jazz—a jazz for the 21st century—is the pianist and composer Fred Hersch.” — David Hajdu, The New York Times Sunday Magazine

“Hersch’s work has developed an intensity of intelligence and emotional directness unparalleled among his peers.” — Steve Futterman, The New Yorker

“He’s as cutting-edge as any of the younger lions yet as true to the melody and bop tradition as any of the elder statesmen.” — Will Friedwald, The Wall Street Journal

“Hersch is in a musical league all his own…a fervent force to be reckoned with.” — Jon Regan, Keyboard Magazine

“…so intelligent, virtuosic, and so intensely sensitive that I am at a loss to find adequate adjectives.” Jazzman (France)

“No living jazz pianist is so adept at stretching and compressing the pace of a musical passage or at immersing himself, and us, into a song so fully.” Fred Kaplan, Slate.com

“…one of the small handful of brilliant musicians of his generation.” — Fred Bouchard, Downbeat

“… jazz does not get any better.” — Peter Hum, The Ottawa Citizen

Proclaimed by Vanity Fair “the most arrestingly innovative pianist in jazz over the last decade,” Fred Hersch balances his internationally recognized instrumental and composing skills with significant achievements as a bandleader, collaborator and theatrical conceptualist. In 2006 he became the first artist in the 75-year history of New York’s legendary Village Vanguard to play a weeklong engagement as a solo pianist. His second solo run at the Vanguard was documented on the 2011 release Alone at the Vanguard, which received Grammy Award nominations for Best Jazz Album and Best Improvised Jazz Solo—two of the eight Grammy nominations Hersch has earned in his more than three dozen recordings as a leader and co-leader.

Hersch’s latest trio CD with bassist John Hebert and drummer Eric McPherson, Floating (Palmetto) was nominated for two 2015 Grammy awards in the Best Jazz Album and Best Jazz Solo categories. It topped sales and radio charts after its release in July, 2014. “Mr. Hersch has been making acclaimed trio releases since his debut album as a leader, 30 years ago,” wrote Nate Chinen of The New York Times. “He hasn’t made one better than this…an extravagantly beautiful new album.” The trio’s two-CD set Alive at the Vanguard was awarded the 2012 Grand Prix du Disque by the Académie Charles Cros in France and named one of the year’s best CDs by Downbeat. Whirl, in 2010, also appeared on numerous best recordings lists..

An artist of unbounded imagination and ambition—”one of the small handful of brilliant musicians of his generation,” as Downbeat put it—Hersch has gained great acclaim for his solo work. In 2006, Palmetto released Fred Hersch In Amsterdam: Live at the Bimhuis and 2009 welcomed his eighth solo disc, Fred Hersch Plays Jobim, cited as one of the year’s Top Ten jazz releases by NPR and The Wall Street Journal. Alone won the Coup de Coeur de l’Académie Charles Cros in 2011, when the Jazz Journalists Association named Hersch its Jazz Pianist of the Year. In 2015 he was nominated for two JJA Awards – for Pianist and Small Ensemble of the Year for his trio; he also placed as #3 Jazz Pianist on the 2015 Downbeat Critic’s Poll. Of his new live disc, Fred Hersch SOLO, All About Jazz said “When it comes to the art of solo piano in jazz, there are two classes of performers: Fred Hersch and everybody else”.

Composing has been a vital and indelible part of Hersch’s live concerts and CDs. In 2003 he created Leaves of Grass (Palmetto Records), a large-scale setting of Walt Whitman’s poetry for two voices (Kurt Elling and Kate McGarry) and an instrumental octet; the work was presented to a sold-out Zankel Hall at Carnegie Hall in 2005 as part of a six-city U.S. tour. Hersch’s 2010 theatrical project, My Coma Dreams, has been performed in Montclair, N.J.; New York City; San Francisco; and Berlin. Based on visions Hersch had during a two-month coma in 2008, it includes full-evening work for an actor/singer, 11 instrumentalists and animation/multimedia; Palmetto has released a DVD of the Columbia University performance from November 2014 (available on Amazon). A New York Times Sunday Magazine feature before the debut of My Coma Dreams praised Hersch as “singular among the trailblazers of their art, a largely unsung innovator of this borderless, individualistic jazz—a jazz for the 21st century.”

Hersch and numerous other artists have recorded more than 80 of his jazz compositions. A disc of his through-composed works, Fred Hersch: Concert Music 2001-2006, has been released by Naxos Records. The prestigious firm Edition Peters published these compositions.

In 2014, Hersch garnered his sixth Grammy nomination for his solo on “Duet” from Free Flying, a duo album with guitarist Julian Lage that received a rare five-star rating from Downbeat. Hersch has collaborated with an astonishing range of instrumentalists and vocalists throughout worlds of jazz (Joe Henderson, Charlie Haden, Art Farmer, Stan Getz, Bill Frisell); classical (Renée Fleming, Dawn Upshaw, Christopher O’Riley); and Broadway (Audra McDonald). Long admired for his sympathetic work with singers, Hersch has joined with such notable jazz vocalists as Nancy King, Norma Winstone and Kurt Elling. Hersch has featured himself as either a solo performer or at the helm of varied small ensembles, which in addition to his trio include a quintet and as his Pocket Orchestra, an unconventional lineup of piano, trumpet, voice and percussion.

Born in Cincinnati on Oct. 21, 1955, Hersch began playing the piano at age four; he was composing at eight. His awards include a 2003 Guggenheim Memorial Fellowship for composition; a Rockefeller Fellowship for a Bellagio residency; grants from Chamber Music America, The National Endowment for the Arts and Meet the Composer; seven composition residencies at The MacDowell Colony; and commissions from The Gilmore Keyboard Festival, The Doris Duke Foundation, Roomful of Teeth, The Miller Theatre at Columbia University, The Gramercy Trio and The Brooklyn Youth Chorus. Hersch has been a featured guest on CBS Sunday Morning with Dr. Billy Taylor as well as on a variety of National Public Radio programs, including Fresh Air, Jazz Set, Morning Edition, Studio 360 and Marian McPartland’s Piano Jazz.

For two decades Hersch has been a passionate spokesman and fund-raiser for AIDS services and education agencies. He has produced and performed on four benefit recordings and in numerous concerts for charities including Classical Action: Performing Arts Against AIDS and Broadway Cares/Equity Fights AIDS; his efforts have raised more than $300,000. He has also been a keynote speaker and performer at international medical conferences in the U.S. and Europe.

A committed educator, Hersch has taught at New England Conservatory, The Juilliard School, The New School and The Manhattan School of Music, and conducted a Professional Training Workshop for Young Musicians at The Weill Institute at Carnegie Hall in 2008. He is currently a member of the Jazz Studies faculty of Rutgers University. Hersch’s influence has been widely felt on a new generation of jazz pianists, from former students Brad Mehldau and Ethan Iverson to his colleague Jason Moran, who has said, “Fred at the piano is like LeBron James on the basketball court. He’s perfection.” 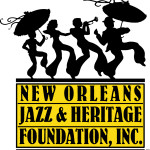 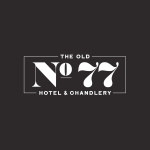