On the heels of its successful first season in 2012/13, the Broadway @ NOCCA concert series returns to New Orleans with some of New York theater’s leading ladies (one of whom is famously a man in disguise)! The popular series leaps from its summer home at The Art House in Provincetown, Massachusetts to NOCCA’s Lupin Hall with five fantastic performers:

The series of concerts is produced by Mark Cortale and hosted by Sirius/XM radio star Seth Rudetsky at the piano. Broadway @ NOCCA is sponsored by the generous support of the New Orleans Hotel Collection and Gambit. For tickets please visit BroadwayNOLA.com or call 800-838-3006. 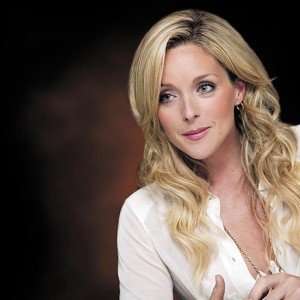 October 7 at 7pm: CLICK FOR TICKETS
Jane Krakowski has been nominated for an Emmy Award three times for her role as Jenna Maroney on NBC’s hit sitcom 30 Rock. She also won a Tony Award for the Broadway revival of Nine and won an Olivier Award for her role as Miss Adelaide in the London revival of Guys and Dolls, starring opposite Ewan MacGregor and Douglas Hodge. She was just 18 when she originated the role of Dinah the Dining Car in Starlight Express on Broadway, and was nominated for a Tony Award for her role as Flaemmchen in Grand Hotel. Jane Krakowski’s other Broadway appearances include The Roundabout’s revival of Company, the revival of Once Upon a Mattress with Sarah Jessica Parker, and New York City Center’s production of Damn Yankees with Sean Hayes and Cheyenne Jackson. Her other TV work includes Search for Tomorrow as T.R. Kendall, and five seasons on Ally McBeal as assistant Elaine Vassal, which earned her a Golden Globe nomination. Also Everwood, Law & Order: SVU, and The Simpsons. Film work includes National Lampoon’s Vacation, Fatal Attraction, The Flintstones in Viva Rock Vegas, Marci X, Alfie, Go, Cirque du Freak: Vampire’s Assistant, Dance with Me, Stepping Out, Pretty Persuasion, Kit Kittredge: An American Girl, and Mom at Sixteen. Her Windham Hill Records recording with Jim Brickman, titled Love Songs & Lullabies, featured “You” which became an Adult Contemporary radio hit.

If you’re unfamiliar with Jane’s stage work, check out this short clip taken from the London production of Guys and Dolls: 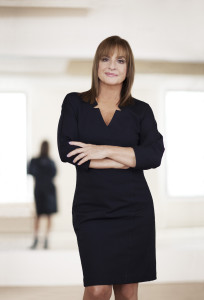 November 16 at 7:30pm: CLICK FOR TICKETS
Patti LuPone won her second Tony Award for Best Actress in a Musical, as well Drama Desk and Outer Critics Circle Awards, for her performance as Rose in the most recent Broadway production of Gypsy. She also created the title role in Evita on Broadway with her now legendary performance, for which she won her first Tony and Drama Desk Awards. She is currently starring in David Mamet’s The Anarchist on Broadway with Debra Winger. Patti LuPone’s extensive Broadway career also includes her most recent appearance opposite her Evita co-star Mandy Patinkin in An Evening with Patti LuPone and Mandy Patinkin, and just prior to that created the role of Lucia in the new musical Women on the Verge of a Nervous Breakdown, for which she was nominated for Tony, Drama Desk and Outer Critics Circle Awards. She has also been seen on Broadway in Sweeney Todd (Tony, Drama Desk, Outer Critics Circle nominations; Drama League Award for Outstanding Contribution to Musical Theatre), Michael Frayn’s Noises Off, David Mamet’s The Old Neighborhood, Terrence McNally’s Master Class, and her own concert Patti LuPone on Broadway. On London’s West End, she won Olivier Awards for her performances as Fantine in the original production of Les Miserables and in the Acting Company production of The Cradle Will Rock. Also in London she created the role of Norma Desmond in Sunset Boulevard and recreated her Broadway performance as Maria Callas in Master Class. Patti LuPone’s film appearances include Union Square, Parker,City By The Sea, Heist,State and Main, Summer of Sam, Driving Miss Daisy, and Witness. Her TV work includes Glee, 30 Rock, Ugly Betty, Will & Grace, OZ, Frasier, Law & Order, Life Goes On, the Emmy-winning PBS broadcasts of Passion and Sweeney Todd, PBS Great Performances’ Candide and An Evening with Patti LuPone. 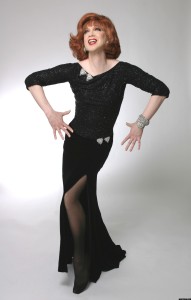 December 2 at 7pm: CLICK FOR TICKETS
Charles Busch, the author and/or drag star of many Broadway and off-Broadway hit plays and feature films, makes a highly anticipated New Orleans debut. His plays include popular spoofs of classic film genres, such as Psycho Beach Party, The Lady in Question, Red Scare on Sunset, and Vampire Lesbians of Sodom, which ran five years and is one of the longest-running plays in off-Broadway history, among many others. His Broadway smash The Tale of the Allergist’s Wife ran for 777 performances and was nominated for a Tony Award for Best Play. His latest hit The Divine Sister played to sold-out houses off-Broadway for nine months, prompting Ben Brantley of the New York Times to call it “Mr. Busch’s freshest, funniest work in years, perhaps decades.” In 2003, Busch received a special Drama Desk Award for career achievement as both performer and playwright. He also wrote and starred in the film versions of his plays Psycho Beach Party and Die Mommie Die, the latter of which won him the Best Performance Award at the Sundance Film Institute. He also wrote, directed, and starred in the film A Very Serous Person, which won honorable mention at the Tribeca Film Festival. Other film appearances include Addams Family Values, It Could Happen to You, and Trouble on the Corner. His television roles include Peg Barlow on One Life to Live and cross-dressing inmate Nat Ginzburg in OZ. As though his career weren’t storied enough, he also wrote the book to the Broadway musical Taboo with music by Boy George, he is the subject of the documentary film The Lady in Question is Charles Busch, and his first novel Whores of Lost Atlantis was published by Hyperion Press and by Penguin. As part of the Broadway @ NOCCA series, Mr. Busch will appear with New Orleans’ own Varla Jean Merman. 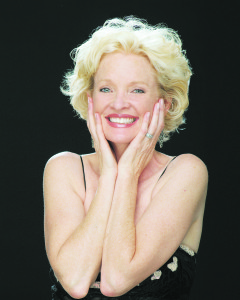 January 6 at 7pm: CLICK FOR TICKETS
Christine Ebersole won her second Tony Award for Best Leading Actress in a Musical, as well as almost every Off-Broadway award, for her “dual role of a lifetime” as Edith Beale and Little Edie Beale in Grey Gardens. The critically acclaimed musical was nominated for ten Tony Awards, including Best Musical, and the CD recording was nominated for a Grammy Award. Her extensive Broadway career includes her Tony Award-winning performance as Dorothy Black in the hit revival of 42nd Street, and leading roles in On the Twentieth Century, Oklahoma, Gore Vidal’s The Best Man, the recent revival of Noel Coward’s Blithe Spirit, and Dinner at Eight, for which she received both Tony and Drama Desk Award Nominations. Concert appearances include Carnegie Hall, the San Francisco Symphony, Boston Pops, PBS concerts, and many others. In addition to her acclaimed stage career, Christine Ebersole has appeared in numerous films such as Amadeus,Tootsie, Richie Rich, Black Sheep, Dead Again, Folks!, Ghost Dad, True Crime, My Girl 2, Mac and Me, and Confessions of a Shopaholic. Her television credits include Retired at 35, Royal Pains, Ugly Betty, Law and Order SVU, Boston Legal, Samantha Who,Will & Grace, The Nanny, Just Shoot Me, Murphy Brown, Ally McBeal, Valerie, Ryan’s Hope, One Life to Live and The Colbert Report. 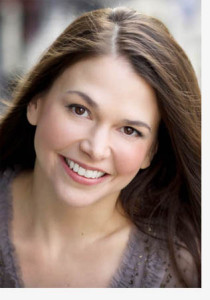 April 21, 2014 at 7pm: CLICK FOR TICKETS
Sutton Foster starred on Broadway in The Will Rogers Follies, Grease, The Scarlet Pimpernel, Annie, and Les Miserables before her big break and Tony Award-winning performance in Thoroughly Modern Millie. She has since originated roles in the Broadway productions of Little Women, The Drowsy Chaperone, Young Frankenstein, and Shrek the Musical. She most recently starred as Reno Sweeney in The Roundabout’s revival of Anything Goes, a role that earned her the 2011 Tony, Drama Desk, Outer Critics, Astaire, and Broadway.com’s Audience Favorite Awards. She was first seen on television on Star Search at age 15, and has more recently appeared in Johnny and the Sprites and Flight of the Conchords. She is the star of the new ABC Family TV series Bunheads.